Jacques Fontanille is a French semiotician who is one of the main exponents of the Paris School of Semiotics. He has authored or co-authored ten books and a number of articles or book chapters whose topics span theoretical semiotics, literary semiotics, and semiotics of the visual. A former student and collaborator of the founder of the Paris School of Semiotics, A. J. Greimas, Fontanille is one of the main continuators of Greimas’ research program as he collaborated with him in his last published works, and assisted him in the administering and organizing of the Inter-Semiotic seminar at the École des Hautes Etudes en Sciences Sociales (EHESS) in Paris. After Greimas’ death, the course continued under Fontanille’s mantle until it became his own seminar at the Institut Universitaire de France. He holds Doctor’s degree in 1979 and Ph.D. in semiotics in 1984, a lecturer at Limoges in 1987, where he created a Linguistics department. Associate Profesor of Modern Languages in 1992, taught in Poitiers and Limoges, and the University of Limoges. He is now an honorary member of the Institut Universitaire de France (Chair of Semiotics). Professor and Président (2005–2012) at the Université de Limoges in France, where he teaches courses in Linguistics, Semiotics, Stylistics, and Rhetoric. He is a Senior Member of the Institut Universitaire de France. With Greimas, Fontanille elaborated a semiotics of the passions. With Claude Zilberberg, he developed a tensive semiotics. His most recent books include Sémiotique du discours (2003), Soma et séma (2004) and Semiotics Series (2006). He is also Honorary President of the International Association of Visual Semiotics and the French Association of semiotics. He is the author of over 220 publications in the fields of theoretical semiotics, literary semiotics and visual semiotics, rhetoric and general linguistics. 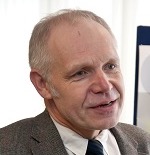 Kalevi Kull is an eminent biosemiotics professor at the University of Tartu, Estonia. He was the president of the Estonian Naturalists’ Society in 1991–1994.
Graduated with a degree in biology from Tartu University in 1975, From 1992-1998 is Professor in ecophysiology, Tartu University. Full Profesor at University of Tartu, Faculty of Philosophy, Institute of Philosophy and Semiotics, Department of Semiotics since 2007. 1991-94 President of the Estonian Naturalists’ Society; Member of the board of J. v. Uexküll Center Member of international committee; Member of the board of K. E. v. Baer House; Member of the international board of World Cultural Council. Peeter Torop is an Estonian semiotician. Following Roman Jakobson, he expanded the scope of the semiotic study of translation to include intratextual, intertextual, and extratextual translation and stressing the productivity of the notion of translation in general semiotics. He is a co-editor of the journal Sign Systems Studies, the oldest international semiotic periodical, the chairman of the Estonian Semiotics Association and professor of semiotics of culture at Tartu University. He is known in translation studies above all for his PhD dissertation Total translation, published in Russian in 1995, and in Italian in 2000 (1st edition) and 2010 (2nd edition), edited by Bruno Osimo. (Henry) Yiheng Zhao (1943-) Professor of Semiotics and Narratology at the College of Literature & Journalism, Sichuan University, Chengdu, China, currently Director of ISMS (the Institute of Semiotics & Media Studies), Chairman of the Academic Committee of ACCS (The Association of Chinese Communication and Semiotic Studies), and member of the Collegium of IASS (The International Association of Semiotic Studies). He graduated from Nanjing University (BA 1968), the Graduate School of the Academy of Social Sciences (MA 1982), and University of California, Berkeley (PhD 1987). He taught at the School of Oriental & African Studies, University of London, for almost 20 years before resettling in China in 2005. His specializes in formal studies of art, literature and culture. Since the late 1970s, he has written two dozen books and around 250 essays on those topics. His major works in English include The Uneasy Narrator (1994), Toward a Modern Zen Theatre (2001), and in Chinese The Muse from Cathay (1983), Semiotics of Literature (1984), Comparative Narratology (1994), The Lure of the Other Bank (2003), Semiotics: Principles and Problems (2011), A General Narratology (2013), and Philosophical Semiotics (2017). Some of his works were republished in his 8-volume Selected Works (2013). He is also the editor of Signs & Media, a bilingual journal published since 2008, and of the monthly e-zine Bulletin of Semiotics and Media Studies. The book series Contemporary Semiotics under his editorship has published, since 2010, around 30 books by western authors translated into Chinese, and 40 books authored by Chinese semioticians themselves.